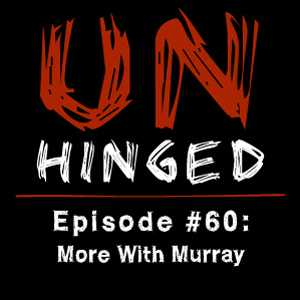 END_OF_DOCUMENT_TOKEN_TO_BE_REPLACED

To ensure we can keep providing you with quality programming, consider donating!

Unhinged Episode #009: Music and the Brain 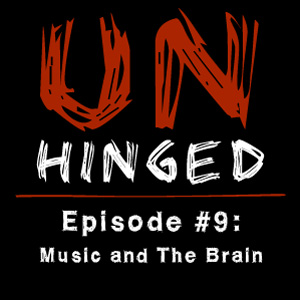 In our 9th episode, We talk about how music is what brought us together many years ago and how it became an important part of our friendship. We also disclose what the “blue room” from our previous intro is and how that’s related.

There was another rocky start the morning of this show, and Doug tells us what’s got him down.

Doug explains all about neurotransmitters and their importance in the brain, and how music can help with their production. And finally, we discuss an article from Time about how learning to play an instrument and participating in musical learning leads to better academic performance all around.

This is your Brain on Music (Graphic) 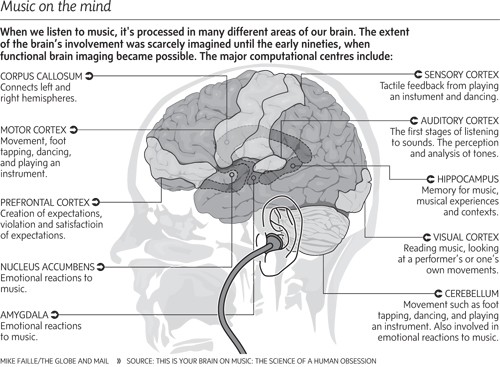 Music on the Mind 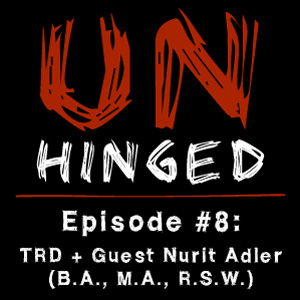 In our 8th episode, Doug discusses the details of Treatment Resistant Depression. What is it? Is it common? What treatment options are available? Having lived with TRD his whole life, Doug has researched and tried pretty much every treatment option out there, from drugs to electroshock, to DBS.

We also get an update on Doug’s progress. It looks like his DBS is starting to kick in again. Will it last?

And finally, we welcome our very first special guest, clinical social worker and psychotherapist Nurit Adler. We discuss with her everything from TRD to family support to college kids struggling with depression.

Parkinson’s, depression and the switch that might turn them off

Deep brain stimulation is becoming very precise. This technique allows surgeons to place electrodes in almost any area of the brain, and turn them up or down — like a radio dial or thermostat — to correct dysfunction. Andres Lozano offers a dramatic look at emerging techniques, in which a woman with Parkinson’s instantly stops shaking and brain areas eroded by Alzheimer’s are brought back to life. (Filmed at TEDxCaltech.) 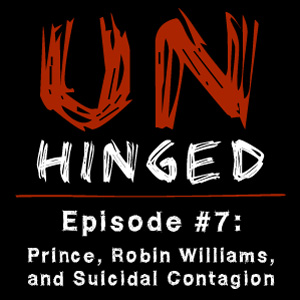 In this episode, we discuss the difference in how the media covered the death of Prince vs. the death of Robin Williams. Responsible journalism calls for portraying celebrity suicide as not something romantic and sensationalized, but rather as a disease that has treatment options and support.

Is the media partially to blame for suicidal contagion on college campuses? We talk about a recent article in the Psychiatric Times that talks about the risk, prevention, and management of suicide clusters, and how preventing that first suicide is key to stopping the “Werther Effect” of copycat suicides.

Lastly, we get an update on Doug’s progress with his depression. Is his DBS finally starting to kick in again? 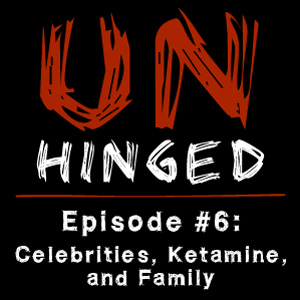 We start by listing some celebrities known to have Major Depressive Disorder. Though their fame does bring much needed focus to mental illness, we strive for the day when it’s accepted as a disease that is out of the control of its victims. We also discuss the use of ketamine in the fight against treatment-resistant depression. Doug participated in ketamine trials and walks us through its dissociative effects and how it brings relief to some.

Lastly, we talk about the importance of family as a support system, and how TRD can tear families apart when their support is needed the most. Our podcast has started a conversation between Doug and some members of his family. The hope for reconciliation is there. 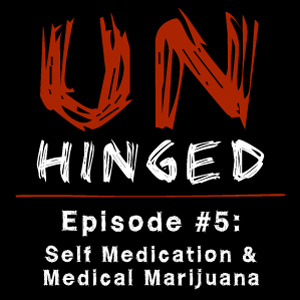 This episode opens with an emotional reveal of our struggle to get the episode recorded due to Doug’s most recent downward turn. Waking up depressed and angry for the last couple of days has forced Doug to postpone the show twice before we decided to openly discuss his feelings on-air.

Once we got the show going, our main topic of discussion was self-medication and medical marijuana. We discuss drugs, both prescribed and illicit, and how they can be abused by people who suffer from depression. Doug talks about some of the drugs he has taken, his long-term experience with marijuana, and how he’s using it now (hint: it’s not always positive for him).

We also get into some of the claimed psychological benefits of medical marijuana, discuss the different strains and how they affect the mind and body, and talk about Doug’s psychological addiction. 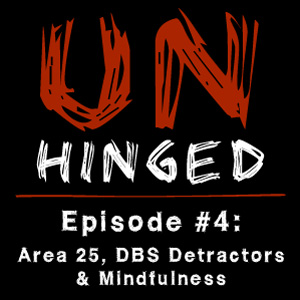 In this episode of Unhinged, we talk about the area of the brain called Area 25 and how it relates to mental health.We also find out why there are some psychologists who think that Deep Brain Stimulation (DBS) is dangerous and prefer non-surgical, and even non-medicinal forms of therapy, including meditation, empathy, love, and mindfulness. The idea that the companies that make the neurotransmitter devices used in DBS are pushing the treatment for financial gain is also discussed.

Doug also gets into more detail about his DBS procedure, how it works, and what effects he has felt to date.  He talks about how brain surgery, though considered a drastic measure by most people, did not even phase him due to his desperation in his search for a cure.

Google has finally released podcast support for Google Play Music this past Monday. Now, if you use Google Play Music as your music streaming service, you will also be able to subscribe and listen to podcasts as well.

Unhinged is proud to announce that we are indeed listed in Google Play Music. So if you’re a Google user, check us out here!